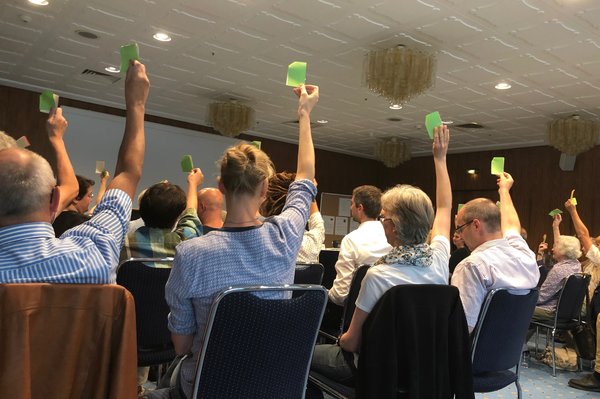 On 15 June 2019, the Oeko-Institut’s General Assembly in Darmstadt re-elected several external members of the Committee. Professor Gerald Kirchner, Thomas Rahner and Ulrike Schell were appointed for a further two years. Those members who were elected at last year’s General Assembly also remain on the Committee. The internal members include a representative of the extended management and one staff representative from each of the Institute’s three offices. The Oeko-Institut would like to thank all the honorary Committee members for their dedication and commitment.

Further information about the Committee