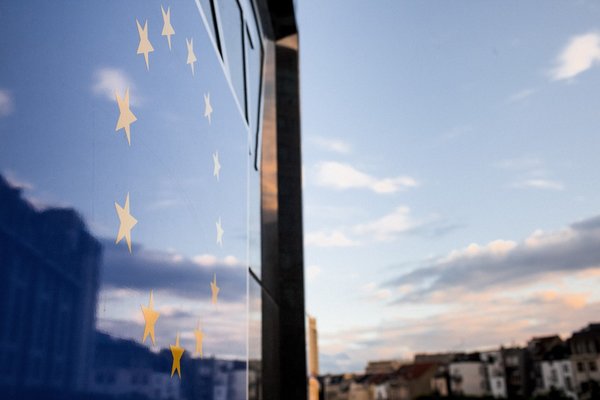 Lack of staff, problems of coordination between government agencies, unclear legislation: the reasons why implementation of EU environmental law in the Member States is unsatisfactory are the same all over Europe. In particular, because of a lack of capacity for awareness-raising measures preventive action to avoid infringements of environmental law from the outset often gains too little attention. This is noticeable in Germany as well as in other countries. Different rules in the different Länder of Germany also make enforcement of environmental law more difficult.

On behalf of the German Environment Agency, the German Research Institute for Public Administration in Speyer and the Oeko-Institut investigated how implementation of EU environmental law in Germany can be improved. Focusing on the areas of emission protection law, waste shipments, water protection law and nature conservation law, the team of experts asked specialists all over Germany about how they rate the current situation and their view of possible solutions.

The starting point for the research project was the European Commission’s announcement of adopting an act that would define uniform standards for more than 40 directives and regulations. These standards would in particular cover the conducting of environmental inspections. This idea emerged from the discussion about ‘compliance assurance’ that has been taking place at European level – that is, the process of ensuring compliance with environmental law through a range of activities. Different measures need to be more closely interlinked and cooperation within and between government agencies needs to be extended. The aim is to ensure that statutory environmental obligations are met and environmental crimes and offences penalised.

‘Because environmental issues are becoming ever more complex, environmental law is also becoming more complex,’ says Friedhelm Keimeyer, specialist in European environmental law at the Oeko-Institut, as he outlines the challenge that faces stakeholders. ‘In the light of this, it is important to improve the staffing of environmental agencies. The task also involves setting the right priorities and avoiding duplicate regulation at different political levels. This could be achieved either by concentrating implementation knowledge in the upper or uppermost agencies of the Länder or by improving inter-agency cooperation among the lower-level agencies, resulting in a pooling of expertise.’

The specialists who were surveyed were against a cross-sectoral legal act on implementation because it would not improve the situation for German government agencies. All those consulted already deploy many of the elements of the compliance assurance approach in one way or another. However, their efforts are often restricted by inadequate staffing or financial resources, insufficient environmental information or the absence of supporting guidelines. The majority of respondents are therefore in favour of non-statutory forms of support from the EU that would help them implement the existing law.

At four in-depth dialogue events, all the participants confirmed that their perception of the problem and the way they search for solutions depend on the individual environmental issue which they deal with and their specific responsibilities. Participants also commented that implementation of EU environmental law comes up against many coordination problems that affect all government agencies and environmental issues. Appropriate solutions to these problems are needed – for instance in the form of user-friendly knowledge databases, interactive online training courses with networking opportunities not tied to specific Länder, joint inspection activities by different government agencies or improved cooperation with the judiciary system.

To improve implementation of EU environmental law, Dr Christian Bauer of the German Research Institute for Public Administration also recommends looking further afield: ‘Dialogue between the German Länder and the EU Member States must be stepped up – opportunities for this are already available via platforms such as the European Network for the Implementation and Enforcement of Environmental Law (IMPEL). This enables successful solutions to be adopted in a range of countries – they can then be implemented nationally and at EU level.’

The report titled ‘Dialog with experts on legal act for environmental inspection – Exchange on possible transformations in the enforcement of EU environmental law’ by the Oeko-Institut and the German Research Institute for Public Administration is available on the website of the German Environment Agency (german language).

Contact at the German Research Institute for Public Administration, Speyer