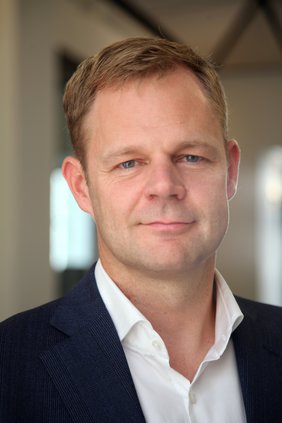 On 1 October 2019 Jan Peter Schemmel became the Oeko-Institut’s new Chief Executive Officer, based at its Berlin office. A political scientist, he was previously director of the Funding Programmes division and director of the Programme Office of the International Climate Initiative at the Gesellschaft für internationale Zusammenarbeit (GIZ). Jan Peter Schemmel takes over from Michael Sailer, who retired in August 2019.

Jan Peter Schemmel sees the environment, society and the economy as closely connected. “Together with all our staff, I want to tackle the challenges of the future in a rapidly changing world,” he says. “I respect the role, the inheritance and the footsteps that go with my new position in a pioneering institute like the Oeko-Institut with its 40-year history behind it.”

As the new CEO he wants to address environmental issues in areas in which research is still needed – and to do so in the light of “the interplay between different environmental objectives.” He would like to see analyses and recommendations take account of individual behavioural patterns and the social dimension of environmental issues.

Experience of the policymaking scene in Berlin

At GIZ Schemmel coordinated the work of various German federal ministries in connection with the implementation of international funding programmes, including the Environment Ministry’s European Climate Initiative and management of the Sustainability Culture Fund and its secretariat on behalf of the Federal Chancellery. From 2014 until 2019 he was also in charge of the Programme Office of the Environment Ministry’s International Climate Initiative.

“At the Institute I shall pursue more systematic integration of the international dimension,” says Jan Peter Schemmel. Schemmel acquired international experience between 2010 and 2013 as GIZ Country Director for Mexico with responsibility for the cooperation portfolio of the German Environment Ministry and Development Ministry. In that function he focused on sustainable energy, biodiversity conservation, climate action, and urban and industrial environmental management.

Before and after his time in Mexico Jan Peter Schemmel headed research groups at the Stiftung Neue Verantwortung think tank, including a group dealing with foreign policy in relation to technology. Earlier he oversaw the formation of GIZ’s climate strategy and coordinated the development of the growing climate portfolio. He started his career with the Gesellschaft für Technische Zusammenarbeit (GTZ) in 2001, working on the development of Germany’s sustainability strategy. Between 2010 and 2014 Jan Peter Schemmel was a member of GIZ’s Supervisory Board, from 2012 as its deputy chair.

A printable portrait of Jan Peter Schemmel can be downloaded copyright-free for editorial use  (source: Oeko-Institut).