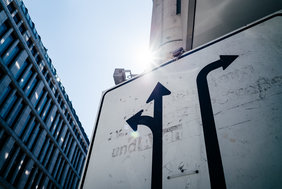 A joint study by Agora Verkehrswende, Agora Energiewende, the Oeko-Institut and the Freie Universität Berlin shows how a CO2 price of 50 euros per ton can lay the foundation for climate protection. Social balance is achieved by refunding the whole of the revenues to citizens. Low-income households actually receive a net rebate.

The pricing of carbon dioxide (CO2) emitted when consuming petrol, diesel, heating oil and natural gas is indispensable for climate protection and can be socially balanced in its implementation. This is the conclusion of a study produced by two think-tanks, Agora Energiewende and Agora Verkehrswende, working jointly with the Oeko-Institut and the Freie Universität Berlin.

According to the report, on average earners of low and medium incomes as well as households with children are among the winners from CO2 pricing, whereas high-income and one-person households are on average subject to a very moderate additional burden. The study also finds that, contrary to popular opinion, a CO2-based energy-tax surcharge imposes no substantial extra burden on commuter households nor generally on households in rural regions.

“Fears that putting a price on CO2 must inevitably lead to social imbalance are unjustified,” says Christian Hochfeld, Director of Agora Verkehrswende. “Poorer citizens even benefit, provided that politics acts intelligently. Therefore there are no more excuses: it is high time that the government moves swiftly to pass CO2-pricing legislation and thus sets a course for effective climate protection.”

Redistribution of the additional tax revenues

The study assumes a CO2 price of 50 euros per ton of CO2 for 2020. Coinciding with a first step towards aligning diesel and petrol taxation, this will increase the tax on diesel by 16.3 cents and on petrol by 11.8 cents per litre; tax on heating oil will rise by 13.2 cents per litre while the tax on natural gas will increase by 1 cent per kilowatt hour. In this way, payments by private households will generate tax revenue of more than eleven billion euros including value-added tax.

According to the Agora model, however, this sum will not be retained by the exchequer but will be redistributed in full to private households: the bulk of it will flow back to citizens as a “climate premium” amounting to 100 euros per capita. A good quarter will be used to reduce electricity tax from its current level of 2.05 cents to the European minimum tax rate of 0.1 cents per kilowatt hour. Finally, 300 million euros will form a compensation fund from which compensation payments for severely affected households will be financed.

In order to make commuters on low and medium incomes better off, these redistribution mechanisms are complemented with a revenue-neutral reform of the mileage allowance (“commuting allowance”). Until now the allowance of 30 cents per kilometre between home and workplace has reduced taxable income. Consequently, high-income households with high tax rates obtain greater relief than households on low incomes. In future, the Agora model proposes, the commuting allowance will be replaced by a “mobility allowance” set at 10 cents; unlike the previous allowance, the mobility allowance will be deducted directly from the tax liability – which is more favourable for low-income households.

A CO2 price as a foundation for climate policy

"A CO2 price lays the foundation for an effective and cost-efficient climate policy by making climate-friendly behaviour cheaper whereas behaviour that harms the climate becomes more expensive,” says Dr Patrick Graichen, Director of Agora Energiewende. So far such a price has only existed for the greenhouse gas sources covered by the European Emissions Trading Scheme, namely energy generation and energy-intensive industry, but not for the substantial quantities of CO2 emitted by the transport and heating sector.

According to the German federal government’s Climate Action Plan 2050, both sectors must achieve a good 40 per cent reduction in emissions by 2030 compared to the 2018 level. “The measures planned so far will fall far short of meeting these targets,” according to Graichen. “Without a price on CO2, not only does climate protection fall by the wayside, but regulations under European law mean that the taxpayer will also face costs amounting to 30 to 60 billion euros.”