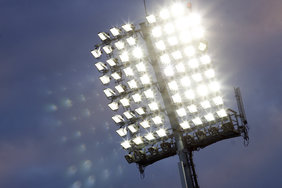 The German Football Association (DFB) today unveils its sustainability strategy for the 2024 UEFA European Football Championship, with environmental performance as one of its cornerstones alongside diversity, fair play and respect. The strategy, developed in partnership with the Oeko-Institut, focuses particularly on energy, mobility and waste as aspects of key relevance to the environment.

The environmental measures planned as part of the strategy aim to ensure that EURO 2024 runs smoothly and makes efficient and sparing use of resources. A firm commitment to waste prevention is integral to the centrally managed and coordinated strategy, with elements such as reusable food service products (plates, cutlery, etc.) and a packaging design that supports waste collection and improves recycling. Rehydration stations will also be available, where fans will be able to refill their water bottles free of charge.

Waymarked routes known as “fan miles” will enable fans to reach the stadiums easily on foot or by eco-friendly public transport, and bike-sharing stations will be set up for staff at the stadiums themselves.

“In producing the sustainability strategy, the DFB consulted widely with stakeholders from environmental and social welfare organisations and took up many of the ideas developed as part of that process,” says Daniel Bleher, project leader at the Oeko-Institut and an expert in sustainability for major events. “It means that the DFB is firmly committed to implementing the strategy later if UEFA picks Germany to host the championship.”

For the environmental strand of the strategy, two key initiatives stand out as lighthouse projects. The goal of the Combi-Ticket Plus is to make eco-friendly public transport more appealing to fans, not only for travel to Germany but also to cover the long distances between venues. Crucially, this adds value to the standard Combi-Ticket for local public transport that is also planned. The strategy also scores points with measures such as secure cycle storage and alternative shuttle services to enhance the quality of mobility during the event.

Energy consumption is another focus of the campaign for more sustainability during EURO 2024 and beyond. It is not only the flagship stadiums which consume large amounts of energy: the facilities run by the DFB’s 25,000 or so local clubs offer major potential for energy-saving and climate action as well. “Amateur clubs, like the professionals, are struggling with rising energy costs. For most of the clubs, this is the second highest item of expenditure after salaries,” says Daniel Bleher. This is where the planned climate fund – part of the German Sports Climate Fund – comes in. Its role is to promote investment in energy-efficient technology and encourage environmental action by local clubs as an alternative to conventional offsetting with carbon credits.

The Oeko-Institut’s collaboration with the DFB began with the Green Goal environmental programme for the 2006 FIFA World Cup. Green Goal – a winner with the international community – was later relaunched and expanded for the FIFA Women’s World Cup in 2011. Since then, the Oeko-Institut has been advising the DFB on environmental issues, developing participatory events and producing decision-making aids for football clubs and match organisers on an ongoing basis.