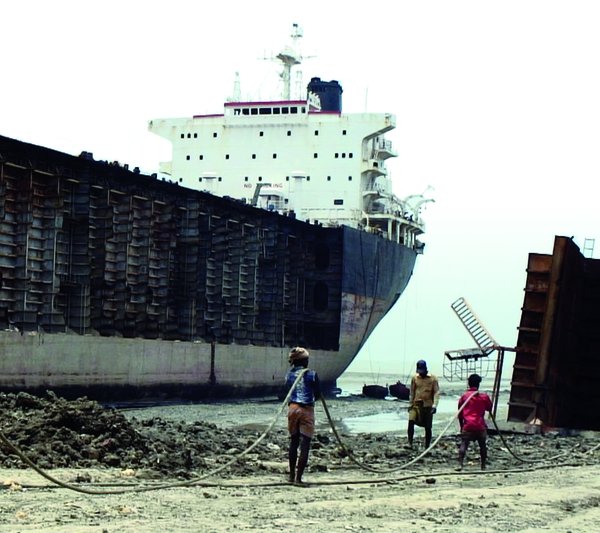 If products are not licensed for use in the European Union because of possible risks to human rights and the environment, German firms should not be selling them in other countries either. However, a new case study from the Oeko-Institut reveals that German chemical companies are marketing extremely hazardous pesticides, banned in the EU, in other countries. Another example, shipbreaking, proves that German shipping companies are sending their vessels for dismantling in Bangladesh, despite this being illegal.

In its donor-funded project titled “Protecting the environment safeguards human rights” (Umweltschutz wahrt Menschenrechte) the Oeko-Institut demands that German companies accept their global responsibilities and take seriously their duty to protect people and the environment. The German state must ensure that EU standards are not circumvented in other countries – at present it is failing to fulfil this duty satisfactorily. These demands apply to all investigated cases, including copper mining in Peru.

The Oeko-Institut’s case study on pesticides focuses on particularly hazardous chemicals. Many of them are directly toxic, causing severe poisoning when inhaled or used. Others have a longer-term effect, in that they are carcinogenic, disrupt the hormonal system or cause genetic damage. If they enter soils or water bodies they can find their way into food and drinking water. Some chemicals are extremely harmful to bees. The Oeko-Institut is demanding a ban on the export of highly toxic pesticides not licensed for use in the EU.

In most cases it is through third-party buyers that ships owned by German shipping companies are sent to Bangladesh for scrapping. There they are dismantled on the open beach instead of at proper recycling facilities. During breaking, heavy oil, asbestos and other hazardous substances are discharged into the sea; workers frequently handle them without any protection. This results in accidents at work and cases of poisoning, as well as pollution of the sea water. The uncontrolled disposal of obsolete vessels in Bangladesh is prohibited under international and European law. The Oeko-Institut is demanding that the existing regulations are complied with and rigorously enforced by the German government.

“All three case studies show that German companies are neglecting their responsibility for safeguarding human rights and protecting the environment”, is the criticism levelled by Dr Nele Kampffmeyer, an Oeko-Institut expert in sustainable corporate management. “While no statutory regulations exist, companies can choose between business interests and human rights. We believe, however, that protecting people and the environment has to take priority over financial interests.”

To successfully implement these priorities, companies need to analyse the risks to people and the environment along their value chain – that is, from production through use to disposal of their products. In doing so, they should involve local people who are affected, such as small-scale farmers. The next step should then be to introduce effective protective measures, including setting up complaints bodies to which people who may be affected can turn.

The project was funded with the help of private donations. These make it possible for the Oeko-Institut to conduct scientific research in areas that it considers particularly important but that it has not been contracted to study.