EU collection rate: More than half of all batteries disappear 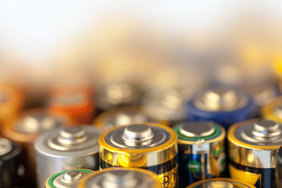 The EU Batteries Directive is outdated

Poor collection rates for portable batteries, inadequate targets for lithium-ion batteries and a lack of incentives for those responsible to collect more waste batteries. An Oeko-Institut led study – in collaboration with Trinomics – for the European Commission reveals several weaknesses in the current Batteries Directive.

To evaluate the Directive, the Oeko-Institut looked at the quantities of portable batteries collected in all 28 Member States of the EU. This showed that only around half of all Member States were achieving the prescribed quota of 45 per cent. “The flipside of this is that more than half of all batteries are not being collected or recycled at all”, says Dr Hartmut Stahl, a researcher at the Oeko-Institut and lead author of the study.

Into household waste instead of to the recycling centre

Every year, according to the Oeko-Institut, around 35,000 tonnes of batteries end up in household waste across Europe, meaning that precious resources are lost. At the same time the risk to the environment increases because of the potential leakage of hazardous substances such as cadmium and lead.  Getting consumers involved by means of better information and targeted collection campaigns is an important way forward. The aim is to boost collection volumes by extracting more batteries from waste electrical appliances. Along with this, appliances should again be designed to make batteries more easily removable.

The megatrend for lithium-ion batteries – a blind spot

Electric cars, drones, fork-lift trucks – even robot vacuum cleaners have them: lithium-ion batteries impact more and more areas of our lives. New applications, new types of batteries and new recycling technologies are being constantly developed, with the result that the EU Batteries Directive of 2006 has been left behind. “Despite the increasing importance of lithium-ion batteries in new technologies such as electric bikes, there are no specific collection and separate recycling targets for them”, says Stahl. “A revised Directive needs to be put in place – such as one with ambitious targets for key elements such as lithium and cobalt.”